* In case of any delay in receiving the OTP, you may verify it later. Please proceed without verification.

Enter your City name or Pincode

Sunam, a municipal council city, comes under the Sangrur district of Punjab. It is widely popular as the birthplace of Shaheed Udham Singh, a great patriot who took revenge with the British Authority against the famous Jallianwala Bagh massacre. The city is adorned with historical temples and Gurudwaras where large numbers of people used to come every year for their religious purposes. Also pronounced as Sunam Udham Singh Wala, it is surrounded by nearby villages like Akalgarh (4.1 km), Ghasiwala (5.7 km), Bharur (5.9 km), Ramgarh Jawande (6.8 km) and Sheron (7.3 km). On the other hand, the nearby towns to this place are Sangrur (13.6 km), Lehragaga (22.8 km) and Dhuri (26.5 km). Sunam city is well-linked via railways and roadways with its district headquarters - Sangrur (15 km to the south) and other essential places of Punjab. The city of Sunam is also comprised of the grain market, wholesale cloth market and a Sarafa Bazaar. 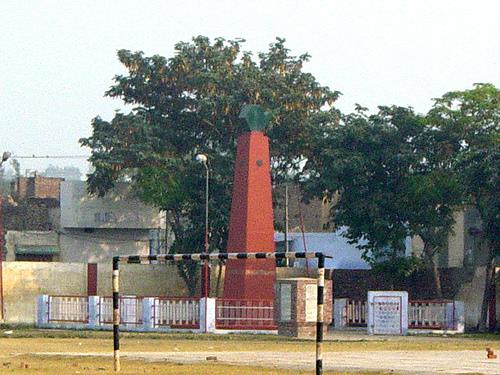 The historical background of Sunam takes back this town to the Vedic period. During this period, it was famous with the name of Surajpur. It is believed that the Saraswati River was once flowing around it. Later, it was established within the walls of an old fort where the locals of this town had to refuge. The city of Sunam also formed a crucial part in Punjab history especially post Muhammad invasion. Some scholars also said that it was named after Sona, a Gujari who directed Muhammad of Ghor to triumph over the fort of Bathinda. She also asked Muhammad of Ghor to grant Sunam as her reward for giving guidance to him. Other historians also believed that the present form of Sunam only came after the invasion of Taimur in the year 1398. Since then, it was ruled by the Hindus. It is hailed as birthplace of Shahid Udham Singh.

The city of Sunam is placed at 30.13°N latitude and 75.8°E longitude with an average elevation of 231 meters (757 feet). It belongs to a local steppe climate in which rain falls very little in the entire year. The average annual temperature here ranges around 24.6 °C while the precipitation falls at an average of 530 mm. November witnesses the minimum rainfall of the year with just 2 mm of precipitation while the month of July brings the maximum rainfall for the city with an average of 157 mm. In the extension to this climate features, Sunam city has the warmest temperature in June month in which it ranges around 34.0°C. However, the city gets the lowest temperature of the year in January month when it maintains around 13.2°C.

As per the reports of 2011 Indian Census, the Municipal Council city of Sunam has the total population of 69,069. There are 36,618 males while the population of females is 32,451. The population of Children, who are between the age group of 0-6, is 7,682 that further comprised of 4,191 boys and 3,491 girls. The city also has the population of Schedule Caste (SC) people who are living with numbers of 16,735. Currently, it does not have Schedule Tribe (ST) category people. According to the census survey, Sunam has total numbers of 46,472 literate individuals in which 26,161 are literate males while 20,311 are literate females. Thus, there are 22,597 illiterates persons in this city. The reports further revealed that there are 23,046 working people residing in this town of which 20,243 are males and 2,803 are females.

The city of Sunam is administered by the Municipal Council and is supervised by the Executive Officer who oversees all the civic affairs of the city. The Municipality performs various kinds of duties such as to lay down the taxes and fees along with providing all the basic amenities to the residents of the city. It also seeks to enhance the financial position of the city besides listening public opinion to make a communication between the city's people and district administration.

The inhabitants of Sunam do not have to go anywhere else for the treatment of their medical problem because the city has good number number of healthcare centers in the form of government & private hospitals, private clinics, nursing homes, pathology labs and dispensaries. Moreover, the presence of experienced doctors and nursing staff also helps them to get the perfect solution for their health disorder.

The city of Sunam is also facilitated with postal services, which are provided by the post office located here. From sending a courier to money order or from fixed deposits to accepting government forms, the post office at the city performs various kinds of postal services to the inhabitants. Moreover, Sunam Post Office is standing as a sub office branch which has its main office at Sangrur District. It comes under Sangrur Division of Chandigarh head quarters, Punjab Circle.

There are many branches of top nationalized and private banks located at Sunam city of Punjab. These banks offer a wide range of banking services such as saving or current account, fixed deposits, personal or business loans, ATM facility and many more. So, go through this given below list to find out the nearest bank branch located to your residence in Sunam:

Sunam is is regarded as birthplace of Shaheed Udham Singh . He is remembered for killing former British Indian Governor Michael O' Dwyer whom he hailed responsible for Jallianwala Bagh massacre. However, Sunam city is also famous for its religious places in which the most visited is Samadh Baba Bhai Mool Chand Sahib Ji. It is the place where scores of devotees come to devote themselves to a great saint of 17th century. The people who belong to his legacy are famous as 'Bhaike' residing in a small village near Sunam and it is called as 'Bhai Ki Peshower'. Some other spiritual places of Sunam are Mata Modhi Sahib Ji, Santoshi Mata Mandir, Suraj Kund and Peer Banna Banoi Sahib Ji. Among the Gurudwaras, the Gurudwara of Guru Nanak Dev Ji is very famous, which is known as Wadda Gurudwara as the Guruji stayed for a night at this place. The vacationers can also visit ‘Sitasar’ located in Sunam. It is placed as an old tank and it is assumed that Sita, the wife of Lord Rama, once washed her hair in this tank where the water came from River Saraswati. There are few Shiv Temples placed on its south west and north direction along with a small Shitla Mata Mandir located in the south of the tank where an ancient idol of Mata has also been placed.

Sunam city in Punjab offers excellent scope of shopping as there are many local shops placed at the different regions of the city. Jewellery items, gift items, home accessories, apparels, men and women clothes, footwear, electronic items and many more can easily be purchased from these shops. Therefore, we are listing here some of the names of those shops which are located in Sunam:

The city of Sunam is home to many restaurants where you enjoy taste of scrumptious Punjabi cuisines. At these restaurants, the food items are prepared by experienced chefs who also delight you with variety of international delicacies. Hence, read below to get the most famous restaurants located in Sunam, Punjab:

Reaching at the historical town of Sunam in Sangrur District is way ahead from any difficulty because it is well connected to other cities of Punjab through roadways and railways. The town is placed on the Ludhiana-Hisar railway line and it has its own railway station namely Sunam Railway Station. Himsagar Express, Andaman Express, Navyug Express and Tirunelveli-Jammu Tawi Express are the major trains which have their stops at this railway station. Besides that, many passenger trains are also running across here from varied regions. As far as roadways are concerned, Sunam city is well linked by road to the cities like Patiala, Sangrur, Bathinda, Ludhiana and the state capital, Chandigarh. The commuters can take assistance of Punjab state transport buses or private buses to reach at Sunam via road. Apart from that, the nearest airport to this town is Ludhiana Airport with 96 km distance.


Sunam at a glance

Comments / Discussion Board - About Sunam